The Lakehead and the City of Thunder Bay are defined by water.  The name itself comes from the bay between the north shore of Lake Superior and the Sibley Peninsula which was named Baie de Tonnerre by the French.  Lake Superior itself is by its surface area of 82,100 square km the largest freshwater lake in the world - though not by water volume – where it comes in third after Lake Baikal and Tanganyika.  The lake is not only a source of drinking water for Thunder Bay but it is an economic driver given it has made the city a major port and transhipment point.

Water is essential for life and Thunder Bay has a long history of dealings with the issues that it can bring.  After more than 100 years of urban development at the Lakehead, water supply, quality and cost are still important issues for the residents, though when it comes to day to day living, most of us take water for granted as long as it flows without issues – and does not get too expensive.

At the turn of 20th century, the former twin cities of Port Arthur and Fort William drew their drinking water directly from wells, streams and the Kam river.  However, as population grew, these became inadequate to meet growing urban demand. Moreover, effluent discharge into the Kam River and the lake was also an issue given the potential for contamination. A major typhoid outbreak occurred in Fort William in 1906 which prompted its city leaders to arrange to obtain its water from Loch Lomond behind Mount McKay located on Fort William First Nation.  This was a large engineering project for the time and involved drilling a pipeline through the mountain with water flowing by 1910.  Inadequate supply in Port Arthur prompted its leaders to decide in 1903 to obtain water directly from Lake Superior prompting the creation of a water intake far into the lake at Bare Point with full operation in place by 1914.

As they moved into the twentieth century, Thunder Bay’s twin cities thus had two water supplies.  Fort William’s citizens would boast about the quality of water from their “mountain lake” as if it flowed from an alpine glacier while its effluent continued to be discharged into Lake Superior (as did Port Arthur).  Indeed, this inspired generations of Fort William school children who would apparently chant “flush the toilet, Port Arthur needs a drink” as they did their daily business.

Yet, despite the securing of adequate supply, water at the Lakehead was still an issue given the lack of proper treatment for discharges into Lake Superior as well as emissions from sawmills, pulp mills and other industry.  This polluted the water and ultimately generated the infamous toxic blob in the harbour which was a large patch of creosote, PCPs and other toxic chemicals that was only cleaned up starting in the 1990s and early 2000s.

Amalgamation in 1970 which joined the twin Lakehead cities of Port Arthur and Fort William and the adjacent townships of Neebing and McIntyre brought about a one city-two systems approach to water.  This concept of one-city/two systems was no doubt eventually the inspiration for the Chinese takeover of Hong Kong from the British but without a 50-year guarantee for separate water systems.  Indeed, 2020 is the 50th anniversary of amalgamation and Thunder Bay went to one water system in 2006.

Upon amalgamation, there were issues with the water system as the supply especially on the Fort William side was stretched given increasing suburban development on the rural fringes of the city as well as development in the inter-city area.  Indeed, about 25 years after amalgamation, there were water quality issues with Loch Lomond from organic matter and in 1997 there was a cryptosporidium(giardia) outbreak which led to months of boil water advisories.  Yet, there was still debate over retaining two water systems with the full move to one system with pumping stations to provide supply and pressure taking nearly a decade.  However, discharge into Lake Superior was still an issue but it was dealt with by building a new state of the art water treatment plant on Atlantic Avenue.

However, this all came at a cost with rapidly rising water bills – which continue to rise given that the issues with Thunder Bay water are not over yet.  The new water treatment plant appears to have had a design flaw in that much of its heavy equipment was prone to flooding which occurred in 2012 after heavy rains.  There is extensive litigation over this involving flooding in adjacent residential areas that is still unresolved.  As well, this and subsequent rainfall events have high-lighted the need for more adequate storm sewers in many parts of the city and better drainage especially in the inter-city area.  Again, this costs money.

And, the woes continue to mount.  Older parts of Thunder Bay like many cities in North America, have lead piping especially in their intake pipes to city water mains.  Given the health issues with lead in water for about 8,000 households in the city, an effort to solve the problem was made.  Of course, the capital intensive and expensive approach would be for homeowners to have their lead connection pipe replaced.

However, this pipe is on private property and therefore not a cost the city was willing to bear given it has other infrastructure priorities such as indoor sports facilities so to fix the pipe homeowners would have to spend about $3,000.  Aside from the immediate cost, homeowners with lead piping in their homes would still face the lead issue and if the municipal water main in the area was still old, it meant that lead might still be a problem in the water. However, homeowners could choose to replace their lead connection when municipal rehabilitation of the water main was done in their area.  However, the full mitigation process would be slow and take decades making lead a health issue for years to come.

The solution apparently devised by the City of Thunder Bay was the addition of sodium hydroxide to water which changed the pH level of the water (reduce its acidity) and therefore helped neutralize the lead content.  However, this additive was put into water going to all homes and it was apparently successful in reducing the amounts of lead.  However, after full extension of the procedure in 2018 following the 2016 pilot it appears that the incidence of pinhole leaks in copper piping private homes and businesses Thunder Bay has gone up dramatically.  Even the City’s Canada Games Complex has sprung leaks.

The geographic distribution of these cases is widespread but apparently mainly on the north side and the timing of the large number of cases follows the introduction of sodium hydroxide to Thunder Bay's water supply to address lead levels in a relatively smaller and more geographically concentrated percentage of homes. Thus, while the City and lead-affected homeowners save money upfront, the costs have been spread out across the city down the road – an interesting cost-benefit situation. However, in the wake of the leaks, sodium hydroxide has now been discontinued.

Correlation is not necessarily causation, but when variables move together, there is something going on though the exact process may be more complicated than a simple binary two-way variable association.  Even if the sodium hydroxide on its own may not cause pinhole leaks, there may be other additives or natural substances in our water supply that it has interacted with that might not have been realized at the time the study and decision process was done.  Or perhaps there are substantial differences in water pressure that made the north side more susceptible to leaks.  So, we have a bit of a problem here.

First, pinhole leaks have also been reported in some other cities some years prior to Thunder Bay's introduction of the additive.  Indeed, water treatment and water quality is a factor.  Interestingly, when it comes to additives in the water, Thunder Bay has resisted adding fluoride despite decades of evidence that it worked and was safe.  Yet Thunder Bay seems to have moved relatively quickly to introduce sodium hydroxide – a known corrosive chemical - to solve a public health issue relatively cheaply and the province apparently signed off on this.  Why not I suppose? Why experiment with lead mitigation in Toronto or Ottawa when Thunder Bay is always so eager to volunteer to be a guinea pig whether it is dealing with water or being first with provincial school closures.  The city's Environment Division director, Michelle Warywoda, has said Thunder Bay is the first Ontario municipality to report a possible connection between sodium hydroxide and water pipe leaks though the statement omitted a mention of whether we are the only Ontario municipality to have used sodium hydroxide.  Some explanation is necessary here.

Second, there are definite financial implications and possibly even health concerns here. A financial burden has been placed on homeowners by this problem and it is not clear the City is planning to address this given they have noted that residents should call a plumber to deal with leaks and that there is “no outright payment for this.”  While some of the leaks have been relatively minor, others have been more severe and homeowners are now feeling more stressed about the constant overhanging potential of leaking pipes.  Given the pandemic causing more people to work at home, the anxiety of pinholes leaks adds to the public health issues in an already difficult environment given the pandemic.  And, there are the potential long term health implications of introducing a chemical in the water and any potential effects in the longer term.  While sodium hydroxide is not a known cancer causing substance, who really knows what other long-term consequences there might be? 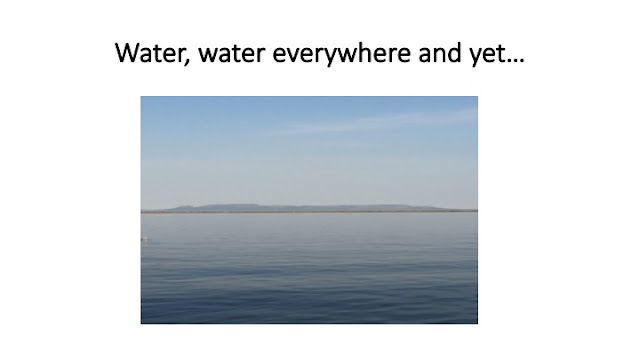 Thunder Bay has had a long history of dealing with water issues.  The early 21st century saw substantial investment in spending to secure our water supply and improve it but two decades later it appears that are more expensive issues and fixes to come.  These problems are not going away anytime soon and should be taking up a larger share of discussion time at Thunder Bay City Council and Administration.  To date, there has been a lot of silence.  I suppose that silence is advantageous if you are trying to listen for the drip, drip, drip of leaking pipes.